Add to Cart Add to Lightbox Download
Allira Cohrs is a Australian model & TV presenter whose passion for sports has secured a hosting position as the Australian correspondent for UFC, and host for local MMA company Nitro MMA. Late last year she was co-host of the UFC Pre Show called FightDay 2.0.

Allira's career took off when she placed runner-up in the FHM Girl Next Door Competition in 2005, and she has since shot several editorials for FHM, MAXIM, MMA Magazines UFC360, FIGHT and other leading magazines nationally and Internationally. Allira has been extremely fortunate to grace the Sports Illustrated site several times, and hopes to be a part of the Sports
Illustrated Swim Edition one day.

Allira was recently voted by FHM readers as # 53 sexiest girl in the world, Top 100 by MAXIM Australia and currently in the MAXIM USA Hot 100 amongst TV celebrities, actors & personalities.

In a once in a life time opportunity, Allira has been called upon to travel overseas with the Australian Defence Force, for Morale Boosting Tours with some of Australia's finest artists and Comedians.

Allira is a part of the leading MMA brand Headrush as a model, brand ambassador for MONSTER Headphones and also iconic fitness apparel brand Under Armour. She was extremely fortunate to be cast for a role in a TVC for the prestigious brand Aston Martin.

In future, Allira hopes to see herself presenting with major companies like FoxSports1 and ESPN, goals which have her running on her toes and chasing her dream.

Copyright
APIX Syndication owns and/or represents all content on this site. Images must not be reproduced without prior written permission.
Image Size
4134x6224 / 10.1MB
Contained in galleries 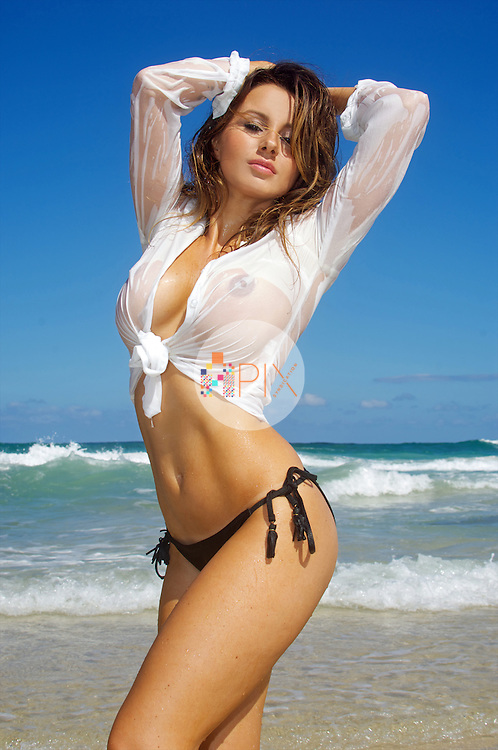