Add to Lightbox Download
Holly Madison, is an American model, showgirl and television star who was best known as Playboy mogul Hugh Hefner's long-term girlfriend until his marriage to Crystal Harris [https://www.apixsyndication.com/gallery/Crystal-Harris-Hugh-Hefners-widow/G0000wfEZyuaQh4A/C0000JUbloniVeE8].

Holly starred in the reality tv series 'The Girls Next Door' and 'Holly's World', which chronicled her life in Las Vegas while performing in the stage show Peep Show.

Beyond her life at the Playboy Mansion, Holly has been a contestant on 'Dancing with the Stars' and is mother to two young children. She is also a New York Times bestselling author for her tell-all memoir 'Down the Rabbit Hole: Curious Adventures and Cautionary Tales of a Former Playboy Bunny' which is now being adapted for television, with Samara Weaving set to play her in the limited series by Sony Pictures Television.

This shoot will simply need photographer approval prior to publication and could be accompanied by an interview. A behind the scenes video is available for web/app features too.

Copyright
APIX Syndication owns and/or represents all content on this site. Images must not be reproduced without prior written permission
Image Size
3066x3734 / 10.0MB
https://www.photoshelter.com/support/license
https://www.apixsyndication.com/contact
Contained in galleries 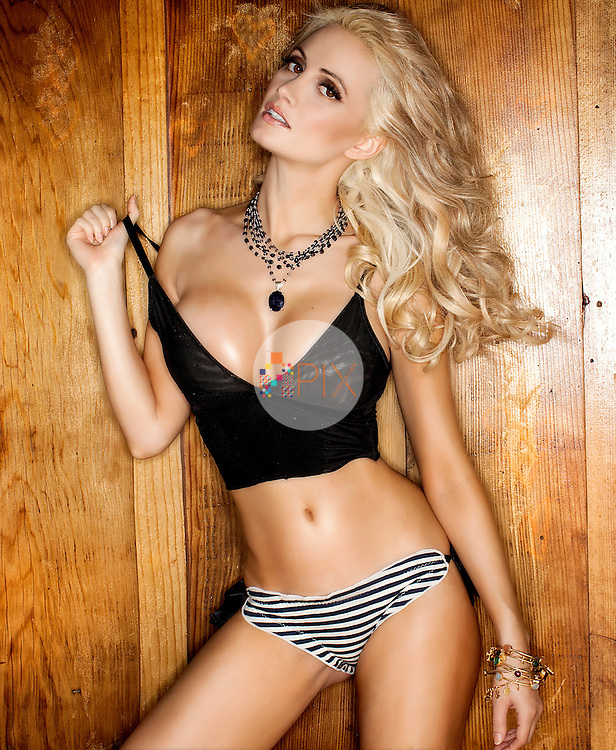