Add to Lightbox Download
Colleen Shannon is a former Playboy model who is often referred to these days as "the World's Sexiest DJ". She is a half-Irish/half-Swedish Alaskan with a highly successful international DJing career, having shared the stage with artists such as Sting, Snoop Dogg, The Crystal Method and Paul Oakenfold. In 2004, Colleen was chosen to be Playboy's 50th Anniversary Playmate, and since then she has also featured in international editions of Maxim, FHM and Loaded. Soon after, Colleen appeared in several episodes of the reality series 'Celebrity Love Island'. Most recently she has featured in an episode of 'How I Met Your Mother', and had a lead role in the horror film 'The Passing'.

This shoot will need approval prior to publication and could be accompanied by an interview. A behind-the-scenes video is available for web/app features too.

Copyright
APIX Syndication owns and/or represents all content on this site. Images must not be reproduced without prior written permission.
Image Size
4980x3158 / 10.1MB
https://www.photoshelter.com/support/license
www.apixsyndication.com
Contained in galleries 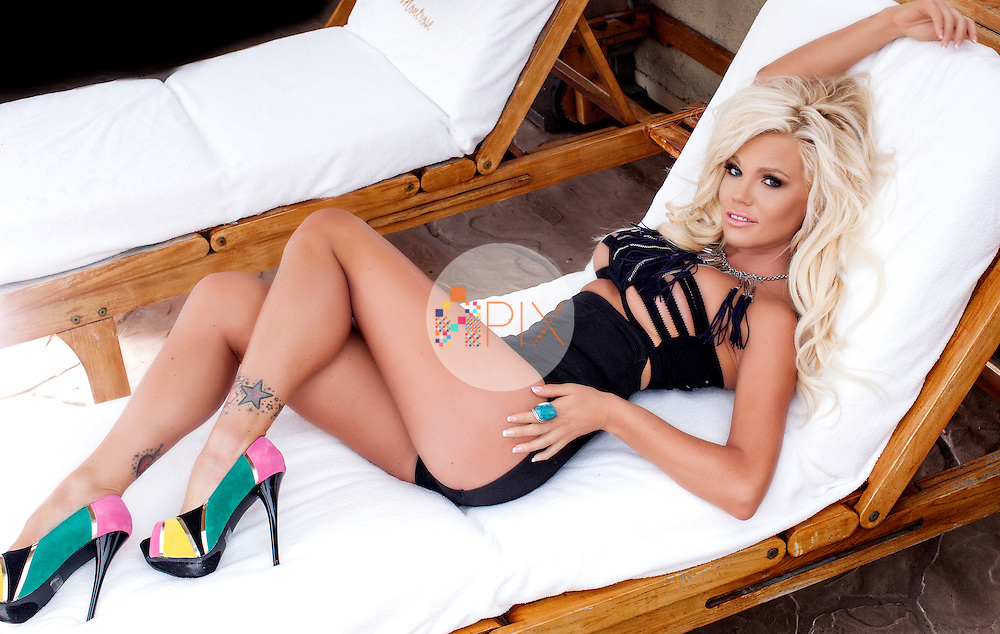